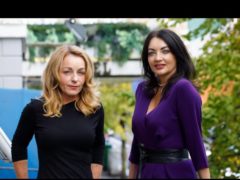 Buckley Law Solicitors are a law firm that specialises in both criminal law and family law.

The firm is led by Vicki Buckley, who has previously practiced as a lawyer in Australia, before returning to Ireland to set up her own firm.

A strong advocate on behalf of the interests of her clients, Vicki nevertheless places particular emphasis on securing outcomes that cause minimal disruption to the lives of children, where they are present in a relationship.

Vicki has been central in bringing the issue of Domestic Violence in general, and the newly created offence of Coercive Control in particular, to the attention of the media.

As a consequence, she has been interviewed by TV3 and is a regular contributor to RedFM on legal affairs.

Top ranking in your area of expertise

Rank high amongst solicitors in your locality

Opt for ‘Featured Listing’ and gain prominence over all other solicitors in the law service and location that suits you best.

Legal Index Ireland assures you of top ranks on google.ie in your areas of expertise and locality.

Be Found by County

Choose localities/counties you operate from and get access to a broad customer base in your locality.

Join Legal Index Ireland and increase your chances of ranking higher than other solicitors in your locality on search results.

Be Found by Legal Services

List yourself in the law categories you specialize in and increase the chances of getting more business.

Reach out to your potential customers who have been on a lookout for legal consultation in various fields.

This website uses cookies to improve your experience while you navigate through the website. Out of these cookies, the cookies that are categorized as necessary are stored on your browser as they are essential for the working of basic functionalities of the website. We also use third-party cookies that help us analyze and understand how you use this website. These cookies will be stored in your browser only with your consent. You also have the option to opt-out of these cookies. But opting out of some of these cookies may have an effect on your browsing experience.
Necessary Always Enabled
Necessary cookies are absolutely essential for the website to function properly. This category only includes cookies that ensures basic functionalities and security features of the website. These cookies do not store any personal information.
Non-necessary
Any cookies that may not be particularly necessary for the website to function and is used specifically to collect user personal data via analytics, ads, other embedded contents are termed as non-necessary cookies. It is mandatory to procure user consent prior to running these cookies on your website.
SAVE & ACCEPT